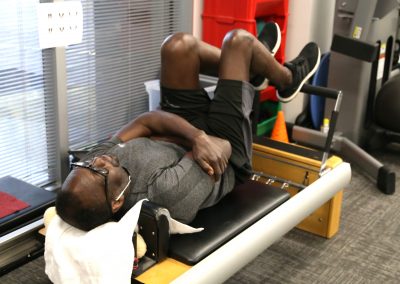 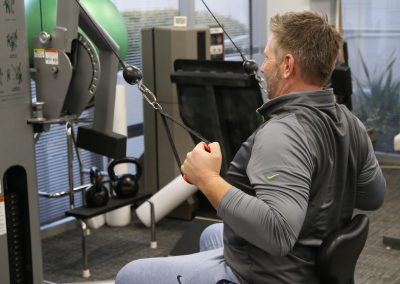 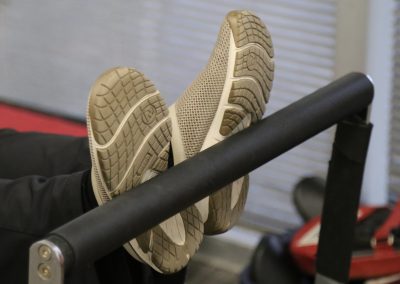 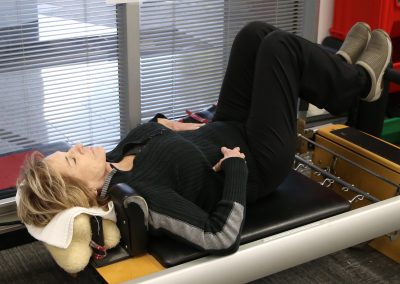 “Having scoliosis has caused me to suffer with back pain my entire life. My recent pregnancy exacerbated that pain. ACIC Physical Therapy did a great job in helping me alleviate it.”

During my career as a world-class 400-meter hurdler, I was known for my scientific approach to training, Spartan living and very tough physical and mental training. I managed to win an incredible 122 consecutive victories in a row over a span of nine years, nine months, and nine fantastic days. While little was publicly known about my training and preparation, there was one key person in my world that was privy to nearly every detail.
From 1976, when I won my first Olympic gold medal, until 1983 when I met Ken Yoshino, I was able to win 80 or so races without a defeat, and I might add, without the benefit of resources that were available to my competitors. While most of my main rivals attended large universities like UCLA, Auburn, University of Florida, or USC, I had graduated from literally unknown and tiny by comparison Morehouse College in Atlanta, Georgia.
While we can now boast about the likes of Dr. Martin Luther King, Jr., Spike Lee, and Samuel Jackson as graduates, being an athlete at a purely academic institution left plenty to be desired in terms of being and/or becoming a world-class athlete. I had never lifted weights nor had the benefit of any type of physical therapy program until I met Ken.
With Ken, together we developed and executed a muscle testing program, ice therapy programs for injury prevention, as well as improving on Ken knowledge of the then new area of therapy called PNF stretching. Looking back at the progress that we made in all these areas, way back then and comparing this to what professional teams are doing today, I can say that we were 20 years ahead of the times. The idea of sitting submerged in ice to the hips for 20 minutes at 10 degrees Celsius or 50 degrees Fahrenheit, was enough to be considered crazy in 1984.
One of the most important aspects of all, based on our cumulative experience together, was this thesis that Ken could deliver to his patients the same type of care that was available to Olympic-class athletes. This gift to his patients I appreciated very much and I have personally seen many of you struggle and work through excruciating pain to recover from the same types of injuries that I could have sustained on any given day.
Make no mistake my career was extended by two or three years because of the years of preventative treatments and immediate attention to injuries, no matter how strong. We traveled together to two Olympic games and many other competitions. When the training day was over for most, it was just starting for me as far as Ken was concerned. As his patients well know‿the worst is yet to come! Get ready for some pain. What a guy! For this, Ken, I am always grateful.

I have nothing but praise for Dr. Ken Yoshino and the staff at ACIC. I am a police officer which requires above average daily activity and would have more than likely had to retire by now if the rehabilitation I received from ACIC had not been so successful. I have had surgery on both shoulders and have had both knees replaced. I have done all rehabs with ACIC and would not think of going anywhere else. The staff at ACIC were able to keep me motivated on days I really didn’t want to be there. The final outcome after my most recent knee replacement was being able to participate in a fundraising bicycle ride from Sacramento to Santa Ana three months after surgery. Thanks to Dr. Yashino and the ACIC staff I have been able to continue working in my profession as a police officer and participating in the Century Bike Rides I enjoy doing.

Thank you so much for your restless professional dedication and commitment to my recovery from an ACL reconstruction. This was my first true debilitating injury and therefore carrying that heavy psychological and emotional component I had never experienced before. Your wisdom and support were the true catalyst to my effort towards the speedy recovery that I was able to experience at last. You will always be in my thoughts and your name will be engraved in my best memories.